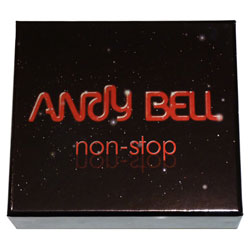 The EIS (Erasure Information Service) released a ‘Non-Stop’ project boxset in December 2010 to mark the close of the album project.

The boxset also contained space for the ‘Non-Stop’ album CD and the ‘Call On Me’ single CD, allowing fans to collect together all the physical formats available across the ‘Non-Stop’ project in one special package.

The boxset sold out in a hour and to help meet public demand the EIS produced an additional run of 300 copies of each of the CDs that were made available without the box.

Both included in the boxset