Andy Bell will be attending the opening game of the new rugby season for Hull Kingston Rovers on February 7th, and will be performing a live version of the club’s terrace anthem, ‘A Little Respect’. 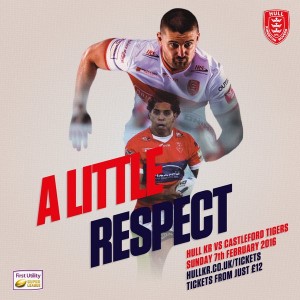 The club invited Andy to attend the match following their collaboration last year when the club recorded a new version of ‘A Little Respect’ which they released for charity.

The game, against the Castleford Tigers will take place at the KC Lightstream Stadium on February 7th.