Andy Bell will launch the release of his new remix album ‘Variance II – The Torsten The Beautiful Libertine Remixes’ with an instore performance and record signing at Fopp in London’s Covent Garden at 7pm on Thursday June 30th. 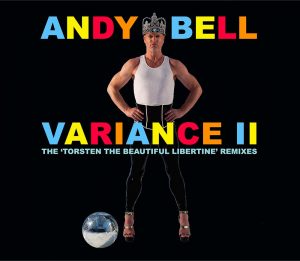 Admission to the event will be on a first come first served basis to anyone in possession of a copy of the ‘Variance II’ album, which will be available to buy instore on the same day, in advance of its official July 1st release date.