Last week the Trinity Newspaper Group (Manchester Evening News, the Liverpool Echo, the South Wales Echo, the Newcastle Chronicle, the Teesside Gazette, the Birmingham Mail, the Coventry Telegraph and the Huddersfield Daily Examiner) interviewed Andy for their ‘Closet Confidential’ fashion feature which you can view here.

Andy has also done a short interview for the Edinburgh festival publication The List, and there’s more in the pipeline including a TV interview on Channel 5’s ‘The Wright Stuff’ on Friday July 18th and pieces in Attitude, Gay Times and So So Gay to look out for. 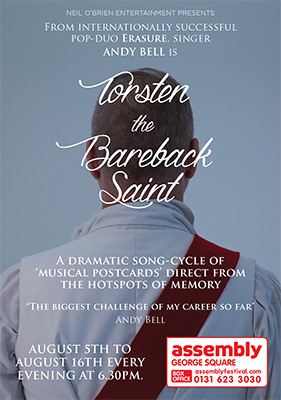